GlaxoSmithKline’s production facility in Montrose, Scotland, is engaged in the manufacture of primary actives for vaccines and respiratory 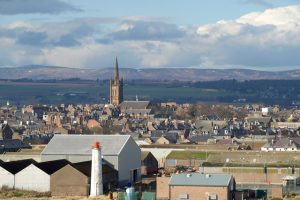 medicines, and has been at the site since 1952. The laboratories within GSK Montrose focus on physical properties analysis and particle sciences.

In order to keep insurance costs lower it is sometimes the case that factories such as those owned by GSK will obtain Highly Protected Risk (HPR) status. HPR property is judged to be subject to a much lower than normal probability of loss by virtue of low hazard occupancy or property type, superior construction, special fire protection equipment and procedures, and management commitment to loss prevention.

GSK were part of this program, however their HPR status was under threat because two power transformers were in close proximity to factory buildings. After an audit by their insurer it was suggested that either the transformers needed to be relocated, fire barriers installed or alternatively they could be retrofilled with MIDEL 7131.

MIDEL 7131 is recognised by FM Global, a large insurance company, as an Approved Less Flammable Fluid, meaning that it offers significantly reduced risk when compared to mineral oil. Having assessed the options, GSK concluded that he retrofilling proposal would present the least costly and disruptive solution.

The MIDEL technical team provided advice on suitable retrofill contractors and the first retrofill was successfully completed in October 2008. Once GSK were satisfied that the first transformer was operating correctly the second one was retrofilled. Both transformers have been in operation since then, with no reported problems.