Vattenfall is a large utility company operating across northern Europe, including Germany and the Netherlands. Part of its operation is providing the electrical distribution network for Berlin, where MIDEL 7131 has been used extensively.

Berlin presents very specific challenges for transformer installations since much of the city is zoned as water protection areas. Berlin contains more bridges than Venice, about 120 miles of canals and rives, and is popular with visitors and residents for pleasure boating. The canals that crisscross the German capital eventually link up the country’s major rivers; the Rhine, Elbe, Danube and Main.

In these areas, it is necessary to take special precautions with regard to spillages of hazardous materials including mineral oil.

The result was that the mineral oil content after retrofill was far less than 3%, the stipulated limit for environmental acceptance in Germany. The transformers which were retrofilled were of the free breathing type and were monitored over a 13 year period after the initial retrofill. The long term testing of the fluid from the transformers showed that the breakdown voltage has been maintained and the moisture content had levelled out over time, despite being open to the environment and able to absorb unlimited amounts of water. This excellent performance prompted Vattenfall to carry out 350 retrofills and also order new transformers filled with MIDEL synthetic ester fluid. Today there are around 2500 synthetic ester transformers on the network.

The use of MIDEL ester fluids in these sectors supports the following UN Sustainable Development Goals: 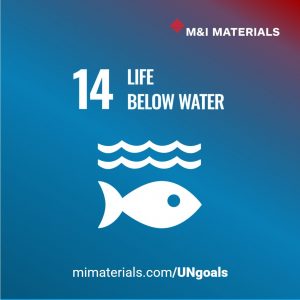